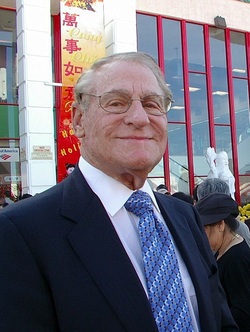 For more than half a century, Norman Ebenstein has served as president and chairman of Capital Commercial Properties in Boca Raton, Florida. He oversees all of the operational aspects for the company, which maintains a diverse portfolio of apartment complexes, malls, and shopping centers, primarily in southeastern United States. Norman Ebenstein’s company has a particularly robust presence in Washington, D.C., with significant retail leasing and development activities in the suburban communities of Virginia and Maryland.
One of Norman Ebenstein’s key achievements with Capital Commercial Properties has been the revitalization of Eden Center, a shopping district in Falls Church, Virginia. Initially constructed in the 1960s, Eden Center was transformed through a multiple mall conversion that started in 1984. In the 1990s, the 32,400 square foot Saigon West addition, coupled with a major renovation of existing space, earned Eden Center recognition as the “Most Improved Property in the City of Falls Church.” It has since become the focal point of the vibrant Vietnamese-American community along the entire east coast.